The Beatles’ black-and-white pictures taken by Mike Mitchell has been kept with him for 47 years.

The 46 rare photos taken mostly in 1964 by then 18 year old Mitchell has exceeded expectations of Christie, an auction house which had apprized the photos for US$ 100,000 dollars.

Mitchell followed the Beatles, composed of John, Paul, George & Ringo on their first US tour, including their first US concert at the Washington Coliseum on February 11, 1964, just days prior to their appearance on the Ed Sullivan Show.

Their concert at the Washington Coliseum, a notable place was an important event for the Beatles career story, where Mitchell was there to take the shots for the Beatles defining moment.

Mitchell was able to capture the Beatlemania events with his lens; when they performed at the Baltimore Civic Center on September 13, 1964, including the mop top arrival at Union Station, the group’s press conference, their performance on stage and the unrestricted stage-front access for the entirety of the Coliseum concert. 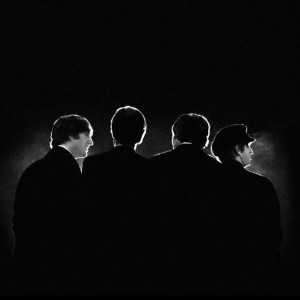