The internal demand in China and its imposition of higher export taxes on magnesium oxide and bauxite, two sensitive materials needed by factories in their manufacture of refractory products.

Industry sources has said, that the higher taxes slapped on these products would directly affect the steel, cement and ferro-alloy sectors, which rely mostly on refractory materials to operate their plants.

Most raw materials used by refractory makers are imported from China. Since last year, the price of bauxite originating from China has gone up by 135 percent, owing largely to increased domestic demand.

To restrict exports and discouraged would be exporters, the Chinese government has imposed a 15 percent export tax on all magnesite and bauxite shipments starting this year.

Refractory makers are also wary of further price escalations next month. As with bauxite, the Chinese government announced it would double the export tax on magnesium products to twenty percent.

China, which is the host of this year’s Summer Olympics slated to begin in two months time, has announced that it should temporarily shut down the operation of its some industries on areas where games are to be held to contain air pollution. 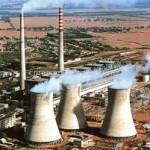