There is growing evidence that the price of our stunning inequality is not just economic but also the desperate state of our soul.

The result appears to be high rates of heinous crimes, high drugs use, high teenage birth rates and even high rates of cardiovascular diseases.

British epidemiologists, Richard Wilkinson and Kate Picket have argued that gross inequality tears at the human psyche, creating anxiety, distrust and an array of mental and physical ailments, and they cite heaps of data to support their argument.

The heart of their argument is that humans are social animals and that in highly unequal societies those at the bottom suffer from a range of medical problems. The correlation is strong around the world between countries with greater inequality and greater drug use.

Countries with more relaxed drug laws, like the Netherlands, have relatively low domestic drug use, maybe because of their belief that they are socially equal.

Among rich countries that have more social inequality appear to have more mental illness, infant mortality, obesity, high school dropouts, teenage births, homicides and so forth.

They find the same thing is true among the 50 American states. More unequal states, like Mississippi and Louisiana, do poorly by these social measures. More equal states, like New Hampshire and Minnesota, do far better.

It suggests that inequality undermines social trust and community life, corroding societies as a whole. It also suggests that humans as social beings become stressed when they find themselves at the bottom of hierarchy.

Granting that humans are not of equal ability, there will always be some who are more wealthy and others who constitute the bottom. But inequality does not have to be as harsh, oppressive and polarized as it is in America today.

They suggest that it is not just the poor who benefit from the social cohesion that comes with equality, but the entire society. It also suggests that narrowing income gaps and reducing social inequality can make people healthier. 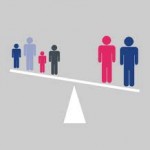 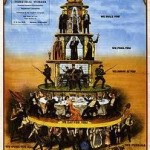