A plan to regulate of what is called an unfair or deceptive billing practices by credit card companies is in the offing.

The US Office of Thrift Supervision (OTS) who has approved the plan, made a proposal that would generally prohibit credit card companies from increasing the annual percentage rates on a customer’s outstanding balance it has said in a statement.

It would also ban companies from reaching back to the prior billing cycle when calculating the amount of interest charges, a practice known as double cycle billing.

The move addresses practices that have raised concern regarding fairness and transparency of the transaction.

The OTS further warned that it would prohibit thrift companies it regulates from engaging in unfair and deceptive practices with credit cards.

The OTS rules affect only savings and loans but the proposal is supported by the other federal agencies of the US government that regulate credit card issues, the Federal Reserve and the National Credit Union Administration (NCUA).

The banking industry has fought bills in the senate and the house of representatives that aim to limit similar practice. Bank lobbyists say that such changes could result in unintended consequences such as higher cost for credit card holder, including those who manage their credit well.

A number of US lawmakers in recent months have criticized credit card billing and marketing policies that they say blindside unsuspecting card holders who become trapped by a mountain of exorbitant fees.

The Senate’s Permanent Subcommittee on Investigation last year found some credit companies changed rates as high as thirty percent and that card holders had trouble getting a clear answer about why their rates were raised.

With the development, Congress however, is largely focused on acting to help troubled homeowners facing foreclosure and has relatively little time left on the legislative calendar this year to push through credit card reforms.

In response to Congressional pressure, the OTS and other banking regulators began looking at how in such practices in last August of last year.

The proposal approved by OTS would also prohibits thrifts from assessing fee for paying an overdraft on a checking account, debit card purchase and ATM withdrawal unless they give consumers the right to opt out of overdraft payments.

The Federal Reserved Board and the National Credit Union Administration are expected to approve similar proposal soon.

After reviewing comments on the plan from industry, consumer groups and others, the three government agencies aim to finalize the rules by the end of this year 2008, the OTS has said. 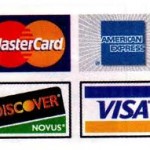 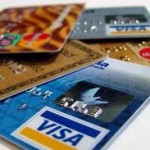