Murray could not replicate his semi-final feat against Federer as the world no. 3 won handily over him in the Dubai Championships final with a straight-sets victory.

Federer with 16 Grand Slam titles took to dispatch Murray in an hour and 30 minutes to claim his fifth Dubai title.

The Swiss dropped serve for the only time all week as Murray fought back in the second set, but the Swiss held firm.

The 30 year old Federer has recently won the Rotterdam championship and now Dubai.

“Winning is the best, it solves everything,” said Federer.

Murray’s serve, which had been so impressive against Djokovic, deserted him in the final, as his first-serve percentage dropped below 50 per cent and he won just 56 per cent of points on his second serve.

The three-time major finalist had beaten Federer in the last two finals they had been in, Shanghai and Toronto in 2010, but his opponent was too good this time. 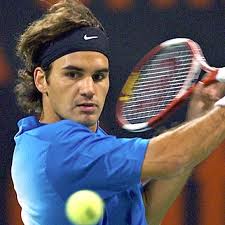