Northern Ireland’s US Open champion, Rory McIlroy fired a third round 65 today to open up a three-stroke lead over American Anthony Kim at the Lake Malaren Shanghai Masters.

McIlroy, who shocked the golf world by changing management stables just over a week ago, stands 18 under par. He did not drop a stroke all day and turned in 32 with birdies at the first, third, seventh and ninth the hole he double-bogeyed in his second round 69.

Kim, matched McIlroy’s round, but made his final day task all the tougher by finishing with a bogey.

South Korean Noh Seung-yul is in third place, but a 67 left him four back and there is then a further three-stroke gap to England’s Ian Poulter, also round in 67.
Lee Westwood, ranked world no. 2, managed only a 70 and alongside Australian Geoff Ogilvy in sixth place. 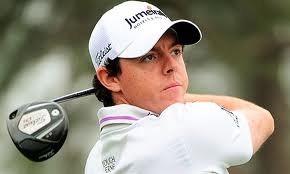