One of the greatest mysteries of nature is how plants know when to wake up after the winter season.

It has long been known that the buds will begin to burst as the days get longer and the temperatures warm.

However, it was a mystery why each plant responds differently to the signals of spring.

For example daffodils tend to come out as long as it is warm, even if it is as early as December.

But other plants like buttercups or anemones will wait until the days are longer.

Dr. Phil Wigge, a biologist at the John Innes Center in Norwich, England, explained that some plants are genetically made up to respond to temperature, while others respond to light.

His research, funded by the U.K. government, managed to isolate the temperature control gene known as PIF4 or the ‘spring gene’.

Already some plants are suffering as a result of climate change, because they bloom too early and are then caught out by frosts.

On the other hand plants that do not respond to temperature are being out-competed by new species which are better able to take advantage of the longer growing season.

Dr. Wigge said both these problems could be solved by genetically engineering or breeding plants to make the spring gene stronger or weaker.

He said crops could also be engineered so that they are more likely to bloom early, meaning they have more time to build up bigger seeds.

“Knowing the key players in the temperature response pathways will be a valuable tool for safeguarding food security in an era of climate change,” he said.

The discovery, published in Nature, means that it will be possible to genetically engineer plants in the future so that they can be ‘switched on’ earlier, in order to take better advantage of the growing season.

It also means that species in danger from global warming could be engineered so they are better able to cope with climate change. 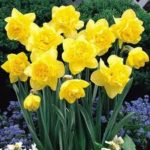 Because oak has a stronger ‘spring gene’ and responds more to temperature, it is likely to be a warm spring if it comes out early. However if it is cool and wet, the ash will come out with the light while the oak waits for warmth.