Music mogul Simon Cowell insists that raising a family is not compatible with his lifestyle and admits that he does not have the ‘patience’ to take care for a baby.

Despite being engaged to fiancee Mezhgan Hussainy for over a year, Simon appears to be in no hurry to tie the knot.”Let’s just leave that one,” when pressed him about his marriage plans.

When asked if he had now ruled out having children, Cowell said: “At my age, definitely. The reality is, with the way I live my life, I wouldn’t have the patience. Truthfully, with the schedule, the crazy hours, I don’t think it would work.”

Cigarettes are still one of the greatest pleasures in his life, he was just eight years old when he started smoking.

He said: “I genuinely still love smoking. I equate smoking with having a good time. Literally. I shouldn’t be saying this, but … well, they’re not illegal, are they? After sex – amazing.” 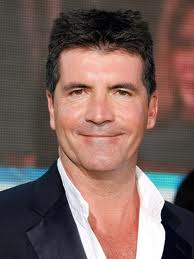