An article in journal Neuroscience and Biobehavioral Reviews, provides many theories and objectives in solving the mystery of why people yawn but an absence of experimental proof that can show that any of them is correct.

Hippocrates proposed in 400 BC that yawning is getting rid of ‘bad air’ and increasing ‘good air’ in the brain while the widely held modern variation is that yawning helps increase blood oxygen levels and decrease carbon dioxide.

“If this were true, then people would yawn more when they exercise,” said Dr. Adrian G. Guggisberg, a researcher at the University of Geneva.

Researchers have exposed healthy subjects to gas mixtures with high concentration of carbon dioxide and found that it does not lead to increased yawning. Besides there is no study that shows that yawning changes oxygen levels in the brain.

Observation and experiment suggest, however, that the best way to increase blood oxygen levels is not yawning but fast breathing.

Yawning occurs most frequently before and after sleep, and the feeling of drowsiness accompanies increased yawning. It might be yawning helps us to stay awake.

Researchers tested this hypothesis by observing brain activity through encephalography as they yawned. But it has no evidence that yawning increased vigilance in the brain or central nervous system.

Some research suggests the contrary, that yawning lowers arousal and helps us go to sleep. But no experiment has a causal connection between the two.

“In rat experiments, yawning is preceded by rapid increases in brain temperature and following the yawning a return to lower temperatures,” said Andrew C. Gallup, a postdoctoral fellow at Princeton University in New Jersey.

“That suggests an association with a thermoregulatory function, although it can’t be interpreted as causal,” he added.

In an another theory, yawning helps equalize pressure in the middle ear with outside air pressure. But chewing and swallowing do the same so there’s no reason to believe that yawning has an essential evolutionary advantage.

What is more interesting, that children under 5 years old are not subjects to contagious yawning but adult humans with advanced social skills are.

Obviously, an understanding of the mental state of others is required.
The idea is supported by medical research observation in humans, watching others yawn activate brain regions related to imitation, empathy and social behavior. 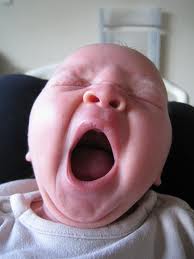 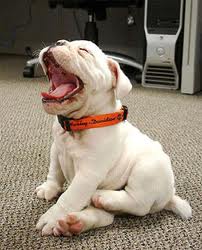