Under Swedish old laws, only those with surnames ending in ‘son’ like Andersson, or having a bad or embarrassing connotations could change their names. But a law enacted in 1982 allows almost anyone to do so, for almost any reason.

Names ending in ‘son’ is so common in Sweden due to an old Nordic tradition of using the father first name, and the suffix ‘son’ for a son, or ‘dotter’ for a daughter. Out of a hundred common names, 42 percent end in ‘son’.

An increasing number of Swedish youths are disenchanted over their traditional Swedish surnames that they wanted them changed.

While some Swedes scour family history for a new name, others simply create one. Some adopt uniquely savvy names with a Mediterranean flair like Andriano and Bovino while others take English sounding names like Flowerland or Swedenrose, according to Eva Brylla, the director of research at the Institute of Language and Folklore in Uppsala, Sweden.

The government has to approve all name changes except for trademark and obscene names. Ms. Brylla, who is also consultant to the Patent and Registration Office, which oversees name changes, said that the practice had been around for more than a century as people sought to abscond their ‘son’ names.

There were 7,257 who availed the name changes noted last year a slight decrease from that of 2009. The reason most possibly due to economic crunch and a 20 percent increase in the fee for a name change.

“The reason for most changes is you want to stand out, be individual,” said Jan Ekengren, director of the Patent and Registration Office.

Immigrants who have been coming to Sweden in recent decades choose to take Swedish sounding names to expedite their integration.

Mr. Ekengreen has recalled an incident a few years back in which an immigrant asked to be named Mohammedsson. “Permission was granted,” he said. 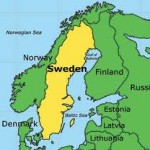 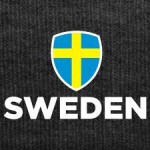