Klitschko’s manager, Bernd Boente told German newspaper Welt am Sonntag that the fight against Haye could take place at one of three Germany’s football stadiums – Dortmund, Gelsenkirchen or Kaiserslautern.

Klitschko withdrew from his bout against Britain’s Dereck Chisora which is to happen on 30 of April, this year. But, a protracted recovery from a stomach muscle injury was given as the reason for Klitschko canceling the Chisora fight.

A back injury forced Haye, the WBA champion, to withdraw from a fight with Klitschko in 2009. And talks stalled last December with the two camps wrangling over the details of the contest.

The announcement brings to a conclusion the long-running saga to get the bout staged. 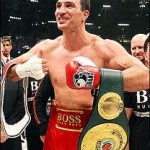 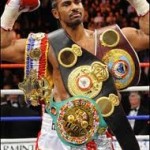