Epilepsy is actually the most common chronic brain disorder in every country in the world and it can happen to anyone, even normal people, but it happens more often to people with diseases or injury of the brain.

Epilepsy or seizure is a medical condition caused by a temporary electrical disturbance inside the brain. When this happens, a person’s movements, behavior and consciousness maybe affected for a brief period.

In its global campaign against epilepsy , the World Health Organization (WHO) said that it is all about the misunderstood condition of epilepsy,

“It can be doubtful if there is any other medical condition so universally neglected, due to a combination of social stigma, low profile and lack of resources.”

Indeed, epilepsy continues to be treated with fear, suspicion and prejudice. It is unfortunate that despite the modern times, the uninformed public continues to view this condition as a result of possession by spirits or mistakenly associate it with mental illness and retardation.

Anything that damages the brain can cause epilepsy, infectious diseases, birth complications, metabolic disorders, tumor and stroke, are among the more common causes.

According to the Philippine League Against Epilepsy, over 50 million people worldwide suffer from this condition and an about 750,000 people are affected in the Philippines.

While it is so common, there is still a need to demystify epilepsy. One important factor that should be kept in mind is that epilepsy, is a treatable disorder.

It is high time as well that the stigma be taken out of this condition as people who have epilepsy. 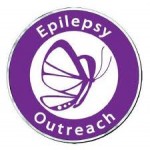