The recent signing of a Declaration of Intent between the Philippines and France relating to a Study for Energy Production from Biomass is a step forward tapping domestic resources for renewable energy which the country is in abundance of.

The French Government will extend a grant amounting to US$ 485,000 (€ 372,272 euros) to fund a feasibility study on rice straw, an agricultural waste as fuel to generate power using Organic Rankine Cycle technology.

The Rankine Cycle is a thermodynamic cycle which converts heat into work. The heat is supplied externally to a closed loop, which usually uses water as working fluid. The Rankine Cycle based on water provides approximately 85 percent of worldwide electricity production.

Organic Rankine Cycle is a well-known and widely spread form of energy production, mostly in biomass and geothermal applications, but great rises in solar and heat recovery applications are also expected.

Environmental concern over climate change and rising oil prices are powerful reasons supporting the explosive growth of this efficient, clean and reliable way of producing electricity.

In his post-signing speech, Aquino cited the agreements as “an affirmation of how we value the development of a more dynamic and robust partnership between our two nations.”

“This is a partnership that enjoys firm foundations,” the President said.

For his part, Ayraule said his visit was “a good time to improve trust and confidence” between the two countries.

The Philippines and France have agreed to cooperate in energy production and culture aimed at strengthening their bilateral ties which started in 1947. 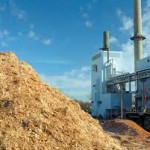