The World Bank report ranks the Philippines in the 138th among 185 economies studied in the ‘Doing Business 2013: Smarter Regulations for Small and Medium-Sized Enterprises.’

The same report said that among the Asian countries, the Philippines placed at the bottom four, ahead only of Timor Leste, Laos and Micronesia.

Among the list of countries under the ‘starting a business’ category, the Philippines ranked even lower at 161st out of the 185 surveyed countries.

“This slipping performance shows that we are not enacting enough reform to enable start-up businesses and SMEs to grow and thrive,” said Senator Edgardo Angara, vice chairman of the Senate committee on finance.

Angara called on the government to review the tedious government processes in business registration, especially for small- and medium-sized enterprises (SMEs) throughout the country.

“What we need is a streamlined business registration system instead of the drawn out process that we have now where 16 different procedures are needed to start a business and 84 working days are required for the 26 steps necessary for getting a building permit,” he added.

He said the national government must work effectively to transform the country into a place that is hospitable and conducive for businesses to thrive.

Back in 2007, Angara authored and filed the Financial Rehabilitation and Insolvency Act (FRIA), which was passed into law in 2010. This legislation was created to modernize the antiquated Insolvency Law which has not been updated since 1909.

“While such a law is already in place, the numbers from the World Bank only show the need to implement it more effectively. Various initiatives are also underway especially in the local level to make conducting business a lot easier,” Angara said. 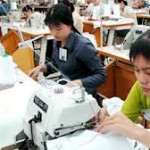