Former world no.1 Tiger Woods has been checked by his doctor and the good news that his left leg injury is not as bad as first perceived.

The 14 majors title holder hopes of playing at the Masters in April. He is optimistic he can play in the Arnold Palmer Invitational at Bay Hill, Florida, in hi final warm-up prior to the Masters at Augusta which starts on 5 April.

Recently, Woods has withdrawn during the final round of WGC Cadillac tournament due to a left leg injury.

However, after the scan of his injury, Woods tweeted on his tweeter account that he ‘Got good news from doctor. Only mild strain of left Achilles, he said.

The 14-time major winner has been dogged by injury since winning the US Open in 2008.
His left knee required surgery after he played in severe pain at Torrey Pines to win his last major title and he has had four operations on the joint including a re-construction.

Woods last won a tour event in November 2010 and has shown signs of a return to form by winning the World Challenge event last December and carding a final round 62 to finish second to Rory McIlroy in the Honda Classic .

Woods has won the title four times and the Masters is the only major he has never missed since his 1995 debut as an amateur.

Woods injured his knee and Achilles tendon while finishing fourth at last year’s Masters, withdrew during the Players Championship and missed US Open and the Open.
He returned for the PGA Championship but missed the cut. 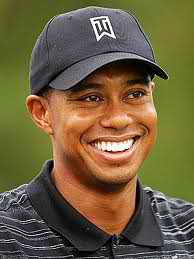