Tiger Woods has yet to win a matchplay in the Presidents Cup to prove he was worth a wild card for this week’s tournament.

However, the American team is still lead by two points against the International team despite Woods two setbacks in his matchplay alongside with Steve Stricker in the opening foursomes at Royal Melbourne.

In the second day fourballs, Woods and Aaron Baddeley had Dustin Johnson and Jason Day as their respective partners.

‘It was a tough day,’ Woods said. ‘Just trying to hit the greens was a heck of an accomplishment. Wedges weren’t holding, balls were oscillating on the greens.’

He is already the only American who has yet to make a contribution towards their bid for a fourth successive win, and this is the first time he has lost his first two games since the 2004 Ryder Cup in Detroit.

Fred Couples, the American captain, has not given up on Woods yet, though. The Saturday morning foursomes is the first session when two players from each side are rested, but Couples has stuck with Woods and Johnson and rested Stricker and Nick Watney instead.

The former world No 1 has a chance for revenge too. It is his first day conquerors Adam Scott and CJ Choi that he faces again.

Greg Norman, the International captain meanwhile, leaves out his other two Koreans Yang and Kim and, perhaps surprisingly, keeps together Ernie Els and Ishikawa after their two losses. 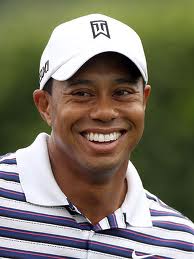