Tiger Woods said he will not play in next week’s US Open golf tournament due to injury.

The former world number one suffered a sprain to his left knee and mild strain to his left Achilles tendon during the third round of the Masters in April where he withdrew in pain from last month’s US PGA Players Championship after completing only nine holes.

Woods, who has played in every US Open since 1994, sustained the injuries when hit his second shot from under the Eisenhower tree at the 17th at Augusta.

The injuries have prevented Woods from putting in the practice time he needs to properly prepare for the 111th US Open, which begins a week from Thursday at Congressional Country Club, the suburban Washington where Woods won a PGA event two years ago.

“It’s been a frustrating and difficult year, but I’m committed to my long-term health,” added Woods, who is hopeful of returning for the AT&T National, which starts on 30 June.

“I want to thank the fans for their encouragement and support. I am truly grateful and will be back playing when I can,” he said. 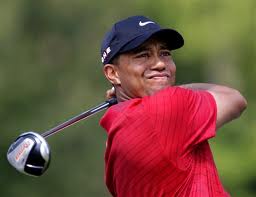