Former world no.1 Tiger Woods carded a three under 69 in the second round at Memorial and saw him finish the day five under overall, one stroke behind second-round leader Rory Sabbatini of South Africa.

Woods hit five birdies in the second round, and it could have been even better if it not for a double bogey on the par-three 12th.

Rory Sabbatini takes a one-stroke lead into the weekend with a score of six-under, thanks to a three-under 69 on Friday. Spencer Levin and Scott Stallings are a shot back on five-under, alongside the looming figure of Woods who showed glimpses of his best form en route to a 69.

Woods predicted the field would stay bunched up, telling pgatour.com, “The guys aren’t going to go out there and shoot a bunch of low rounds out here.

“This golf course is hard. The pin locations for tomorrow are going to be difficult. So it’s going to be another good test.”

Rory McIlroy missed the cut for a third straight tournament after a wretched second round at the Memorial Tournament, where Tiger Woods remains in the hunt for Sunday’s title.

McIlroy, who showed signs of capitulation in his opening round when he quadruple bogeyed the ninth, on Friday as his campaign ended before the weekend.

The world no. 2 Mcilroy says he is racing against time to sort out his game before the start of the US Open after missing his third straight cut.

The US Open champion carded a miserable seven-over 79 in the second round at the Memorial Tournament.

Adam Scott is four off the leader following a 72. The Australian was on course for a low score after draining four birdies in a bogey-free front nine, but he hit trouble coming in and headed for the clubhouse with much to consider after reeling off three consecutive bogeys on his final three holes.

Rickie Fowler is on the same score after back-to-back 71s, while Justin Rose is stranded on one-over after the Englishman signed for a 72. England’s Greg Owen was on one-under, one shot ahead of compatriot and world number one Luke Donald. 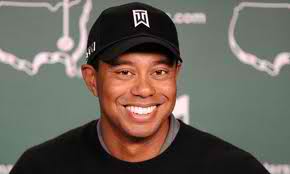