Emotional response to an injury differs in every individual because the emotional state of their brain are not the same.

A study has found that emotions may determine why some people are more likely to suffer chronic pain than others.

Brain scan studies showed for the first time how chronic pain emerges as a result of an emotional response to an injury.

The nucleus accumbens teaches the rest of the brain how to evaluate and react to the outside world.

The frontal cortex retains longer term memories which are not task based and are associated with emotions derived from the brain’s limbic system. It modifies those emotions to generally fit socially acceptable norms.

Lead scientist Professor Vania Apakarian, from Northwestern University in Chicago, US, said: ‘The injury itself is not enough to explain the ongoing pain. It has to do with the injury combined with the state of the brain.’

The more emotionally the brain reacted to the initial injury, the more likely it was that pain will persist after the injury has healed, he said.

The emotional state of the brain can explain why different individuals do not respond the same way to similar injuries, say scientists.

The research involved 40 volunteers who had all suffered an episode of back pain lasting one to four months.

Four brain scans were carried out on each participant over the course of one year.
The results, published in the journal Nature Neuroscience, made it possible to predict with 85 percent accuracy which individuals would go on to develop chronic pain.

‘It may be that these sections of the brain are more excited to begin with in certain individuals, or there may be genetic and environmental influences that predispose these brain regions to interact at an excitable level,’ according to Prof Apakarian. 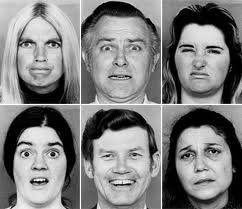