Woody Allen, US film maker and director insists ‘he has no plans to retire’ despite admitting ‘he can’t stand watching any of his own films.’

The director who made his name with films including ‘Annie Hall’ and ‘Manhattan,’ and who famously makes movies at the rate of more than one a year, compared the process to cooking.

‘When you make a film, it’s like a chef who works on a meal. After working all day in the kitchen, dicing and cutting and putting sauces on you don’t want to eat it,” he told reporters, promoting “To Rome with Love” in Beverly Hills.

‘And that’s what I feel about a film. I work on it for a year. I’ve written it, I’ve worked with the actors, I’ve edited, I’ve put the music and I just never want to see it again.’

He elaborated: ‘When I begin a film, I’m just praying that it’s not an embarrassment to me. So I’ve never been satisfied or even pleased with a film that I’ve done.

‘I’ve never liked any of them, and I’m always thankful that the audience like some of them in spite of my disappointment. It’s always to me less than the masterpiece I was certain I was destined to make.’

Despite his disappointments of what he has done, he rules out not to retire as long he is healthy because he enjoys working and he can’t imagine how it is if he’s out of work. 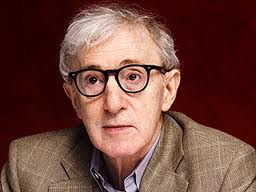