The 2009 poverty level was set at US $21,954 for a family of four, based on an official government calculation that includes only cash income, before tax deductions.

It excludes capital gains or accumulated wealth, such as home ownership, as well as non cash aid such as food stamps.

Last year was the biggest single year increase in Americans without health insurance, lifting the total number to the highest since the government began tracking the figures in 1987.

The number of people covered by employment based health plans declined from 176.3 million to 169.7 million, although those losses were partially offset by gains in government health insurance such as medicaid and Medicare.

The ranks of the working age poor climbed to the highest level since the 1960s as the recession threw million of people out of work last year, leaving one in seven or 14.3 percent Americans live in poverty.

The 14.3 percent poverty rate which cover all ages was the highest since 1994.

The share of Americans without health coverage rose from 15.4 percent to 16.7 percent or 50.7 million people mostly because of the loss of employer providing health insurance during the recession.

Congress passed a health overhaul this year to address the rising numbers of uninsured people, but its main provisions will not take effect until 2014.

Broken by state, Mississippi has the highest share of poor people at 23.1 percent. It followed by Arizona, New Mexico, Arkansas and Georgia.

On the other end of the scale is New Hampshire had the lowest share at 7.8 percent.

He said demographic changes, too were a factor as many families “doubled up” in single homes and young adults ages 25-34 moved back in with their parents to save money in the economic downturn. 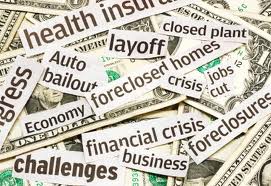