As American Idol season 10 has just come to an end, details of Jennifer Lopez returning for season 11 is not yet clear.

Details however, surface that a new reality show for the couple Jennifer and Marc Anthony is hatched named Q’Viva! The Chosen.

Apparently the duo will travel to 21 countries (mostly probably Latin countries) to search of talents with choreographer Jamie King. They planned to start the search in July.

“Very soon the world’s heart will beat to the tune of Latin rhythms and we’re looking forward to experiencing history in the making.

It is with great pride that we embark on this amazing and very personal mission to discover and celebrate the most captivating talent the world has ever seen,” the couple told reporters in a joint statement.

The upcoming reality show will be taped in 3 languages: English, Spanish and Portuguese.

It will also be seen broadcast simultaneously on television networks across 21 countries in North America, Central America and South America and has been described as a live celebration of Latin music, artistry and dance.

Q’Viva! The Chosen will be produced by American Idol creator Simon Fuller who was just recently honored and received the ‘Hollywood Walk of Fame Star for Television.’ 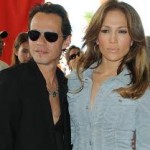