Several things have to be learned from South Korea’s experience in rehabilitating its forests where they had been devastated during the Japanese occupation (1905-1935) and during the Korean war in the early 1950s.

Since the start of its reforestation program, South Korea has planted some 11 billion trees in both the private and government owned forests.

The Korean Forest Service (KFS), a government entity, has developed a sustainable forest management system that wanted it shared to countries with the same predicament that South Korea have had been in the past. Their success in reforestation is a source of inspiration for every country to emulate.

Herewith, are the details of their five phases forest plan which they have implemented some 37 years back.

*** The first phase (1973-1978) of their reforestation program was retrieving the devastated forests to address the serious social problems such as lack of fuel, severe floods and droughts. Through its program, more than a million hectares of inundated were rehabilitated by utilizing a fast growing species with public participation.

*** The second phase (1988-1997) was implemented to put up large scale commercial forests that could develop into sustainable timber resources for domestic demand. Along with it, is an erosion control actively in place to prevent any natural disasters like landslide and adopted advanced biotechnology to control forest diseases and pests.

*** Its third phase (1988-1997), it was aimed at harmonizing economic functions and public benefits of the forests. The plan is focused on establishing foundation and infrastructures for forest management amenities, construction of forest roads, forest mechanization, forester’s education and so forth.

*** The fourth plan (1998-2007), it is the transitional phase of forest policies carried out mainly for overall economic forest benefits like public and recreational benefits and sustainable forest management to both government and privately owned forests.

*** Lastly, the fifth phase (2007-2017) has been designed to further expand the implementation of sustainable forest management by maximizing forest functions. The plan highlights the importance of forest function in responding to climate change and global warming.

In their overall plan, the Korea Forest Service supports systematic implementation of forests conservation and management. It has highlighted forest’s recreational and cultural functions for improving quality of life and a livable environment in both urban and rural areas. 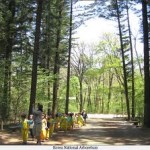 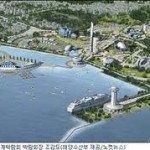 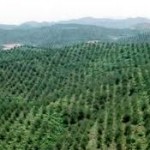