In a study made by the Pew Hispanic Center, it has found out that about 340,000 children were born to illegal immigrants in the United States in 2008 and became instant citizens.

A congressional action on this issue initiated by Representative from California Duncan Hunter, Republican, has stirred so much controversy when he proposed that children born in the United States to illegal immigrants should be deported with their parents until the birthright citizenship policy has been changed.

Immigrant advocates reacted that intolerance has driven to pass the measure. Scholars who have studied migration say that it is the desire for better paying jobs, not the passport for their children, is the main reason of why people leave their homes to enter the United States.

“All I want is a better life,” said an eight months pregnant Inez Vasquez, one of the thousands Mexicans entering the US illegally when she, her husband and her young son hiding in the bushes found them by the Border Patrol.

The move is centering on illegal immigrant’s offspring, who are granted automatic citizenship like all other babies born in America, arguing for an end of policy which was rooted in the 14th Amendment of the US Constitution. Immigration hardliners describe a wave of migrants crossing across the border are dismissively called ‘anchor babies’.

The children of illegal immigrants born in the United States in spite of they’re being called as ‘anchor babies’, they cannot prevent deportation of their parents. It is only when they reach the legal age of 21 that the children can sponsor and put their act together to legalize their parent’s illegal immigration status.

The reality is more complex than what was thought, hospitals reported that some immigrants with visas have entered legally just to give birth and take advantage of better medical care.

In Arizona whose tough law empowers the police to detain illegal immigrants is tied up in the courts, but it may again take the lead in an effort to redefine of what it means to be a US citizen.

Most Constitution scholars, however, consider the birth certificates effort patently unconstitutional. “This is political theater, not a serious effort to create a legal test,” said Gabriel J. Chin, a law professor at the University of Arizona.

The theory is that with the move, this could trigger bunches of lawsuits that might resolve the legal conflict in the illegal immigrants’ favor.

“This is not a far-out, extremist position,” said John Kavanagh, one of the Arizona legislators leading an effort that has been called. “Only a handful of countries in the world grant citizenship based on the GPS location of the birth.”

Kris Kobach, the secretary of state in Kansas and a law professor at the University of Missouri-Kansas City, have argued that the approach the states were planning would hold up to scrutiny. 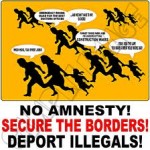 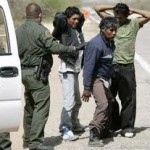 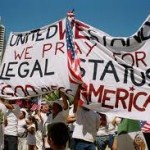