This is Murray’s second time, he won the Wimbledon warm-up event in 2009. He is the first Briton to take the coveted Queen’s trophy since Francis Gordon Lowe done it in 1914.

It was also Murray’s first ATP title since beating Roger Federer at the Shanghai Masters in October. He earned 77,500 euros (US$ 112,000 dollars) in the tournament.

The Queen’s title victory would boost Murray’s confidence in his preparation for the Wimbledon tennis tournament which will be slated in a week’s time.

Murray entered the Queen’s title tournament, nursing an ankle ligament injury he suffered during his stint in the French Open.

There was much concern that he might not be able to make it. However, he was able to set aside those fears and came up victorious. 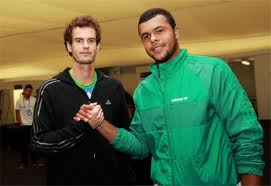