She was diagnosed with breast cancer in 2004. She helped co-established ‘Stand Up to Cancer,’ with broadcaster Katie Couric, a foundation for cancer research.

The film producer has been working the sequel of Spiderman before her death.
Ziskin has produced a wide range of films during her career, which spanned three decades.

Among the movies she produced were Kevin Costner starred ‘No Way Out’, David Fincher’s controversial ‘Fight Club’, the Oscar-winning comedy ‘As Good As It Gets’, the Richard Gere and Julia Roberts starred ‘Pretty Woman’ and the trilogy sequel of ‘Spiderman’.

Ziskin was president of Fox 2000 from 1994 to 1999, the division of the 20th Century Fox studio that produced acclaimed war dramas including ‘Courage Under Fire’ and ‘The Thin Red Line’.

She is survived by her husband, Alvin Sargent, a screen writer and a daughter from her previous marriage. 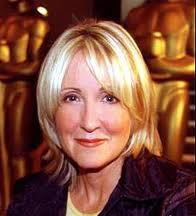