British no. 1 Andy Murray defeated world no.1 Novak Djokovic in a straight set 6-2, 7-5 in an hour and twenty minutes dashing the Serb’s hope for a fourth successive title in Dubai.

“It’s obviously great any time you beat the world number one,” said Murray. “I just tried to do some of the same things I did in Australia.

The first five games went with serve, but Murray gained an advantage in the sixth when, facing the first break point of the match, Djokovic put a forehand long to gift his opponent a 4-2 lead.

The British number one was serving superbly, dropping just one point behind his first serve on his way to taking the opening set after Djokovic blazed a forehand long to give up the break in game six.

Djokovic continued to wobble at the start of the second set, and quickly found himself another break behind in game two after hitting a wild forehand long.

Murray held serve in the next to take a 3-0 lead, but his Serbian opponent finally stopped the rot in game four by serving to love.

Some impressive retrieving from Murray brought more errors as Djokovic failed to find his best rhythm, and a second break in game eight wrapped up the set before the Scot raced 3-0 up in the second.

An unexpectedly regulation victory looked on the cards when Murray served for the match, but a double-fault helped Djokovic back into the contest at 5-5.

A quick-fire service game put him back in front before the under-pressure Djokovic finally succumbed, three loose errors handing over his service game for the fourth and final time.

Djokovic said afterwards that he had simply lost to the better player on the day, adding: “Generally I feel good, physically, mentally.

“It’s just the start of the season. There are some 1,000 events (Indian Wells and Miami) coming up which are really important, and I need to get ready.”

Murray will be facing the winner of Federer and del Potro match up in the Dubai finals. 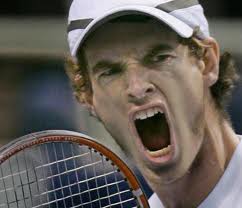