Demi Moore has checked out of the celebrity treatment center and still on vacation at an undisclosed location, E! News have reported.

Moore went to Utah’s Cirque Lodge to attend and complete her rehab course following her brief hospitalization in Los Angeles after she suffered a seizure-like episode during a party at her home in the city on January 23.

Her daughter Rumer Willis, 23 , who lives nearby and was at Moore’s home when she had her medical emergency, was seen visiting her mother at the hospital before she went to Utah.

Demi’s break up from Ashton Kutcher is widely believed to have led to her recent problems.

Although Moore’s spokesperson has not divulged what treatment Demi was receiving, it was widely believed that she sought help for both addiction issues and an eating disorder.

Meanwhile, a report claiming that Demi tried to ban her ‘Charlie’s Angels’ co-star Cameron Diaz from attending Madonna’s Oscar after party has been proven untrue after it emerged that the ‘Bad Teacher’ star was at the party.

The party in question was Madonna‘s annual Oscars party at her manager Guy Oseary‘s mansion where last year Demi hosted with Madonna.

This year, her estranged husband Ashton Kutcher was present and reportedly partied until 4 am.

As of this time, Moore is not rushing to get back to L.A.,’ an insider close to her said. ‘She’s on total lockdown and only talking to a small group of people.’ 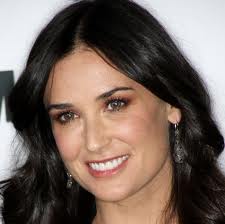