Argentina has denounced the assignment of Prince Williams to the Falkland Islands.

It considers as a ‘provocative act’ following the announcement by Britain that the Duke will be assigned there for one and a half months next year.

The second in line of the throne, a Royal Air Force (RAF) pilot is tasked to complete his tour of duty in the search and rescue operations on the islands starting February 2012.

Argentina has fought a bitter war with Britain over the sovereignty of the Falkland Islands where Argentina lost 649 lives while Britain 255.

The deployment of a member of the Royal Family almost in time of the 30th anniversary of the Falklands War risks inflaming the already tense relations between Britain and Argentina.

Argentina still claims sovereignty over the islands, which it calls Las Malvinas.

According to Sebastian Brugo Marco, director of the Malvinas and South Atlantic at the foreign ministry, the Duke’s deployment represents ‘another provocative act by Great Britain with its military presence in a peaceful zone, where there is no armed conflict’.

However, RAF has stressed that the posting is a normal part of Prince William’s training and says he will not perform any ceremonial duties.

Her government stepped up its campaign to gain sovereignty over the territory in 2010 after Britain started to search for oil in Falklands waters.

Britain has ruled the Falklands for more than 180 years, but Argentina insists it has a prior claim. 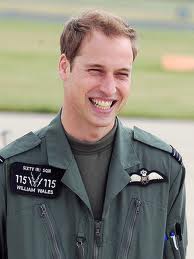