Manny Pacquiao, the Filipino pound for pound king dominates Juan Manuel Marquez in their trilogy by a majority decision and retain his WBO Welterweight title.

The third fight was a far fetched of their two previous fights where both fighters were explosive, this time they have been too cautious in engaging each other in the ring. It was not the kind of fight that most boxing fans were expecting from them.

In their third encounter, every move by Pacquiao in the ring was calculated as compared to his previous two engagements, where Pacquiao was employing a lot of no let up aggression that earned him 4 knockdowns against Marquez.

And yet, Pacquiao almost lost on points to the judges’ scorecards. Hence, Pacquiao must have realized that he has to apply a tactical approach in dealing with Marquez this time not to be behind on points.

People who must have used of seeing Pacquiao ending his bout in a brutal fashion must have been disappointed that Pacquiao has not ended the fight on a stoppage by either a KO or TKO.

However, one must understand that boxing is not just an entertainment but a sport of pure science that judges adhere to in their scoring.

The whole stretch of the fight it was Pacquiao who was the aggressor all throughout.

Marquez being the challenger who is in dire need of winning the championship belt must have been the aggressor to impress the judges, but it was not the case. 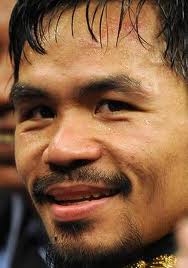