Arnold Schwarzenegger said that he would be open to sequels to a lot of his past works if the script is right, but he had a parting shot for Terminator Salvation.

‘The last one was awful’ Arnold Schwarzenegger told film website Collider.com, ‘It tried hard, not that they didn’t try, the acting and everything. It missed the boat,’ he said.

Schwarzenegger made his comments when asked if he would reprise his most famous role as the killer cyborg.

The 2009 film, Terminator Salvation, starred Christian Bale and Sam Worthington, was the only film in the Terminator franchise that didn’t feature the 63 year old muscular star.

Since stepping down as California Governor and seeing the break-up of his marriage to Maria Shriver he has thrown himself back into his acting career.

He has completed filming on ‘The Expendables 2’ with Sylvester Stallone and has also filmed ‘The Last Stand’ and is set to begin filming on ‘Unknown Soldier’ and ‘The Tomb’.

Justin Lin, film director, was previously attached to direct another terminator entry with Schwarzenegger and had even sat down with James Cameron, the one who wrote and directed The Terminator in 1984 to discuss the franchise, but Lin left the project to finish out his ‘Fast and Furious’ series at Universal.

Nevertheless, ‘Terminator 5’ is still in development, and it will be fun to see them bring Schwarzenegger back in an interesting way.

Terminator Salvation, the fourth sequel, raked more than US$ 370 million and is the least successful at the box office compared to the other sequels to the original film from 1984.

Terminator 2 was a box office hit and took more than US$ 500 million followed by Terminator 3 that earned US$ 433 million. 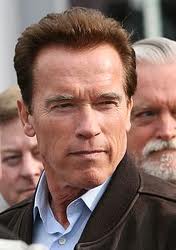