With all the troubles Ashton Kutcher has given to Demi Moore, it is no surprise that the latter would want to end their marriage.

Just days before Moore announced that she is filing for divorce Kutcher was eager to try and please Moore right up to the end.

The ‘Two and A Half Men’ star has shelled out an eco-friendly car valued US$ 100,000 dollars in a last ditch attempt to save their marriage.

According to gossip website TMZ the actor picked up the car on November 9, just two days ahead of Demi’s birthday.

While it appears Kutcher was eager to mend their relationship in the wake of the cheating scandal, reports have emerged that his wish to start a family also played a part in the deterioration of their six-year-marriage.

However, as far as Moore is concerned there is no other reason except their break up was simply down to Ashton’s alleged infidelities.

Ashton allegedly cheated on Demi with Sara Leal, on the weekend of their sixth wedding anniversary in September this year. 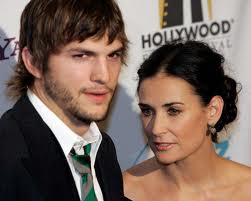