The Two And A Half Men star was present at an entertainment industry discussion panel, hosted by the Television Critics Association (TCA), in Pasadena, California, with a fresh clean-shaven look and a new shorter haircut.

A fresh looking Kutcher who had shaved off his scruffy beard and cut his long hair was pictured dropping off from his new eco-friendly sports car, before joining Two And A Half Men creator Chuck Lorre and co-stars to answers questions about the hit CBS comedy.

Television’s most popular comedy has succeeded beyond most expectations this season, up 20 percent in viewers from the final season with Charlie Sheen.

Kutcher told today’s TCA discussion panel that he would be interested in continuing with Two And Half Men beyond this season – and CBS wants him, too.

CBS entertainment chief Nina Tassler says CBS is motivated to make a deal to bring the show back.

Kutcher said he will be working on films after the TV season is done but is considering that a hiatus. He said he would be interested in coming back if it could be worked out.

The panels meets bi-annually in Los Angeles at the Winter and Summer Press Tours, laying a stage for major television networks to discuss their shows and bring their stars out to answer questions.

The TCA is a group of around 200 U.S. and Canadian journalists and columnist who write about TV shows. 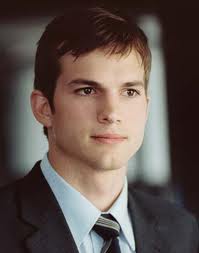