Similar impairments have been found in research into other addictions including alcohol and drugs.

Experts in China scanned the brains of 17 young web addicts and found disruption in the way their brains were wired up.

The scientists in China said the study could help develop a treatment, although they admitted they do not know whether the changes to the brain are the cause or consequence of internet addiction.

Up to one in 10 internet users are thought to be addicted, becoming so absorbed in web use that they forgo food or drink for prolonged periods.

Henrietta Bowden Jones, consultant psychiatrist at Imperial College, London, who runs Britain’s only NHS clinic for internet addicts, said: “The majority of people we see with serious internet addiction are gamers people who spend long hours in roles in various games that cause them to disregard their obligations.”

Internet addiction is a clinical disorder marked by out-of-control internet use. 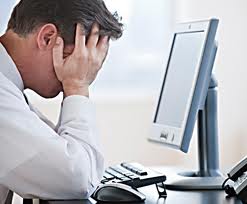