Ashton Kutcher had first hinted that he has the role through his twitter account, when he twitted and ask for the square root of 6.25, which the answer is two and a half.

Warner Bros Television offered the role to Kucher as a replacement of Charlie Sheen in the hit CBS comedy series, ‘Two and a Half Men’.

Chuck Lorre, the show’s creator and executive producer has but all praises for the choice of Kucher, now their new member of the family.

With the latest development unveiled, it will now put an end on whatever story or speculation that loafs around regarding Sheen’s return to the show after being fired by his producers amid outbursts and reported problems with drink and drugs.

Prior to joining the ‘Two and a Half Men’, Kutcher, who is married to actress Demi Moore, has hosted the prank show Punk’d and is probably best known as Michael Kelso on Fox’s That 70s Show.

Sheen, who played Charlie Harper, in its eight series of ‘Two and a Half Men’, had continued its ratings success on the CBS network until it was cut short by Warner Brothers due to Sheen’s personal problems.

CBS said production on the ninth series of the comedy hit would start in the summer for broadcast in the autumn. 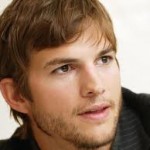 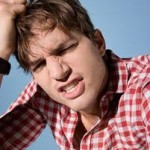