James Durbin is eliminated from “American Idol” on Thursday.

Public viewers choose their Top 3 which are: the 17-year-old country singer Scotty McCreery; pop and country singer Lauren Alaina, 16; and Haley Reinhart, 20, to compete in the finale.

Durbin, 22, got the least number of votes despite unanimous approval from the judges during the week of inspirational songs rendition.

Durbin, who was expected to land on the top 3 finale by many and was untimely eliminated instead was himself stunned of the public decision to boot him out from the competition.

He did a series of hard rock performances in the top rated show, often against the advice of in-house mentor Jimmy Iovine.

“The American Idol” has increased its audience this year after three years of slipping ratings, thanks mostly to the arrival of new judges Jennifer Lopez and Aerosmith rocker Steven Tyler.

The 2011 “American Idol” finale airs on the Fox network on May 24 and 25, when viewers will choose the winner, and whoever will win a recording contract. 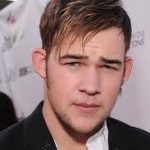