Undefeated world boxing champion Floyd Mayweather of the US savors his first defeat not in the boxing ring but in the legal arena.

Mayweather jr. begins serving his 90 day jail term for domestic violence after he was found guilty last December of attacking his ex-girlfriend, Josie Harris that took place in 2010.

At the time of sentencing, the judge had told the court she was particularly concerned that Mayweather jr. had attacked and threatened Ms. Harris while two of their children were present.

The boxer was supposedly to serve his sentence last December yet after pleading guilty but the judge delayed his jail term to allow him to fight Miguel Cotto last May 5, where he won the fight in a unanimous decision.

While in jail, his rival Manny Pacquiao will be battling Timothy Bradley on June 9 and will not be able to watch the fight and would just be relying second hand information from outside as to the outcome of the fight.

Supposedly he wants Pacquiao not Miguel Cotto but his rival vehemently rejected his terms.

In his term he wanted Pacquiao to receive a fix amount of US$ 40 million for the fight without Pacquiao a share in the pay per view (PPV).

Pacquiao on the other hand, wanted a fifty-fifty both gates and PPV sharing or a forty-forty sharing in which the twenty percent goes to the winner of the fight.

This is the only stumbling for such a megafight to happen.

There’s no word yet from Mayweather jr. about his plans of whom he will fight next not until probably after completion of his jail term at the end of August. 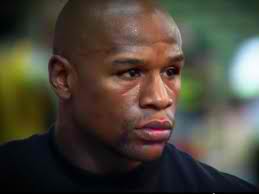