Drinking several cups of coffee a day could help women against depression and they are unlikely to get depressed, a new study shows.

Women who drank four cups of coffee or more a day had a 20 percent reduced risk for depression and those imbibing two to three cups daily had a 15 percent decreased risk, compared to those drinking one cup or less daily.

A relationship between caffeinated coffee and depression does make a certain amount of biological sense, experts say.

“Caffeine is known to affect the release of several neurotransmitters, including dopamine and serotonin, that had been implicated in regulating mood and depression,” said Ascherio, who is also professor of medicine at Harvard Medical School.

It is not clear why it might have this effect, but the authors believe caffeine in coffee may alter the brain’s chemistry. Decaffeinated coffee did not have the same effect.

“Caffeine has short-term positive effects on mood, subjective feelings of having more energy and being more awake in the short term,” said study senior author Dr. Alberto Ascherio, who is a professor of epidemiology and nutrition at Harvard School of Public Health in Boston.

Although it’s way too early to start recommending regular coffee consumption as a way to prevent depression, the findings may comfort those who feel guilty about their habit.

“This may lessen concerns that caffeine consumption will have a negative impact,” said Dr. Christopher Cargile, an associate professor of psychiatry and behavioral science at Texas A&M Health Science Center College of Medicine.

“Caffeine at high doses has long been associated with worsening of anxiety and other psychiatric illness, and at times this has lead to lingering concerns that it might be best to limit its use.”

Cargile was not involved with the study, which appears in the Sept. 26 issue of the Archives of Internal Medicine. 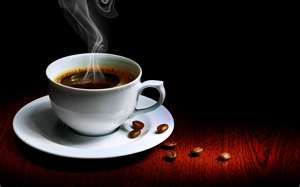