The federal Clean Energy Act of 2007 established energy-efficiency standards for light bulbs that dimmed the future for old-fashioned incandescent lamps, which don’t meet those standards.

Incandescent lamps are to be phased out by 2014 in the U.S., and California passed even stricter rules, calling for store shelves to be cleared of them by 2013.

The old-style bulbs are just too wasteful, converting to light only 10 percent of the energy they consume. The rest is squandered as heat.

Demand for the energy-efficient lights like the compact fluorescent lamps (CFL), is growing as government mandates for energy-efficient lighting to take effect, yet only about two percent of residential consumers and one-third of businesses recycle the new bulbs, according to the Association of Lighting and Mercury Recyclers (ALMR).

Each CFL contains up to five milligrams of mercury, a potent neurotoxin that’s on the worst-offending list of environmental contaminants, the report said.

As a result, U.S. landfills are releasing more than four tons of mercury annually into the atmosphere and storm water runoff, the Journal of the Air and Waste Management Association said in a study published by the paper.

Sales of energy-efficient alternatives like CFLs, halogen bulbs and LEDs have been growing steadily, with the low-cost CFLs the biggest sellers, according to the paper.

If every California household replaced five incandescent bulbs with CFLs, the move would save 6.18 billion kilowatt-hours and prevent the annual release of 2.26 million tons of heat-trapping carbon dioxide, according to the California Energy Commission. That ‘s equivalent to taking 414,000 cars off the road.

But no federal law mandates recycling of household fluorescent lights. Federal rules exempt some businesses, based in part on the number of bulbs used, said Paul Abernathy, executive director of the ALMR, which is based in Napa, California.

Several states, including California, Massachusetts, Maine, Vermont and Minnesota, do require that all households and businesses recycle fluorescents, the paper said.
But the ALMR said compliance is low because of a lack of convenient drop-off options. 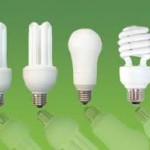