Charlie Sheen has sued Warner Bros and “Two and a Half Men” producer Chuck Lorre for breach of contract.

The lawsuit was filed in Los Angeles Superior Court and Sheen is seeking 100 million dollars in lost compensation for the eight scrapped “Men” episodes from the 2010-11 season.

The lawsuit says Sheen is pursuing claims on behalf of the entire cast and crew but no crew members are included plaintiffs in the suit.

Sheen’s filing comes three days after Warner Brothers formally terminated the actor services in an 11-page statement that cited his “incapacity,” as well as a clause relating to “moral turpitude” and Sheen’s statements that he would no longer work with his producer Chuck Lorre.

In response to the lawsuit, Lorre’s attorney said, “the allegations in the complaint against Mr. Lorre are as recklessly false and unwarranted as Mr. Sheen’s rantings in the media.”

“These accusations are simply imaginary,” continued lawyer Howard Weitzman. “This lawsuit is about a fantasy ‘lottery’ pay-day for Charlie Sheen. Chuck Lorre’s concern has been and continues to be about Mr. Sheen’s health.” 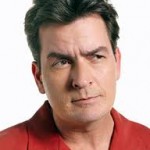