Charlize Theron has her hands full now that she becomes a mother for the first time of a baby boy named Jackson.

She follows suit to a growing group of single celebrity mothers and her fellow stars who have decided to give a child a home.

The 36-year-old Academy Award winner has adopted a baby boy as confirmed by his spokesperson.

Charlize chatted away to fellow actress Katie Holmes as she seems getting some tips on motherhood.

Theron cuddled a friend’s baby boy at a shoot for her new film ‘Snow White’ and she seems wanted to have a child while she talked openly about the idea of adoption being an appealing option for her.

Theron told Germany’s In Touch magazine in August last year, ‘I want a baby. If it would happen tomorrow I would be very happy.’

When asked if she would consider adopting as a single mother she said, ‘Why Not? I’m open to everything in life.’

Charlize has previously spoken out about adoption when she said, “There are so many unwanted children on this earth and it’s our job to care for them. And if we don’t we’re doing the world a disservice.’

The actress, who bagged her Oscar for her visceral portrayal of serial killer Aileen Wuornos in ‘Monster’, split from long time boyfriend Irish actor Stuart Townsend, 39, of nine years whom many have expected them to tie the knot but unfortunately didn’t happen.

Such a relationship disappointment, Charlize’s decision to have a child has not changed.

Charlize’s latest role saw her playing a tragic ‘psychotic prom queen’ who refused to grow up, it may have spurred her on in her determination to have a family of her own.

The star who pioneered such practice was Angelina Jolie who adopted her son Maddox now ten years old.

Among the stars who followed Jolie were Denise Richards, Sandra Bullock, Sheryl Crow and Madonna. 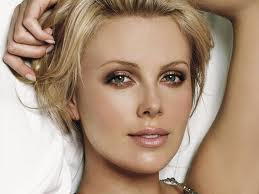