Fox has officially replaced Cheryl Cole with Nicole Scherzinger on The X Factor.

American TV bosses have confirmed Cheryl Cole will no longer be a judge on the US version of the X Factor.

“Nicole will join Simon Cowell, L.A. Reid and Paula Abdul on their search across America to find the next global superstar or group to win the life-changing five million dollar recording deal. Nicole has previously joined Simon Cowell as a guest judge on The X Factor for the UK version of the show in 2010. Steve Jones will act as sole host of The X Factor,” the network said in a statement.

That put all speculations to rest of Cole’s return to the show. According to Cole’s contract, she will still get her US$ 1.5 million dollar salary, whether she appears on The X Factor or not, and therefore she will not be leaving the show empty handed.

Cowell has been in touch with Cole, telling her in one text message that he takes “full responsibility” for what happened and doesn’t lay blame on Fox or Fremantle. She’s sent only one message back, he said.

“She told me she wasn’t happy but that she also accepted it was a business decision and she wished the show well. Typically, in Cheryl form, she was disappointed but charming at the same time,” said Cowell.

“I always, always would hold the door open to work with her again,” he concluded. 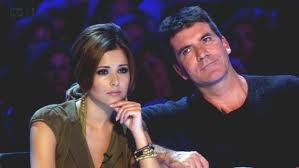