It was a boxing match between two undefeated fighters. Chavez jr. improves his record to 43 wins with no loss and 1 draw.

Zbik, in his first pro fight outside Europe, fell to 30-1. He had not fought since last July, when he took a unanimous decision over Argentina’s Jorge Sebastian Heiland at Hamburg.

Chavez plans to make the first defense of his crown against Argentina’s southpaw Sergio Gabriel Martinez, 47-2-2, in October at Las Vegas. 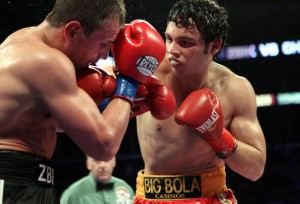