The increasing number of obese children worldwide suffering from diabetes, hypertension, high cholesterol, sleep apnea and fatty liver diseases at an early age is quite alarming.

One has to wonder if there is a government watchdog or a regulatory body that oversee the welfare of the consuming public regarding junk food and food chains.

It is high time, that the government hand in hand with broadcast and print media, to take a serious review on these products catered by food chain and manufacturers by convincing them to come up with alternative healthier food instead.

It is noteworthy that manufacturers failed to label the benefits that can be derived from their products and the food chain never implied that prolong consumption of their catered food can directly affect the well being of the consuming public.

One may take note, that cigarette manufacturers, clearly indicated in their labeling, the surgeon general’s warning about the implication of smoking. While wine distillers in their advertising campaign has always reminded consumers “to drink it moderately” because every one knows that anything excessive for alcohol is bad to one’s health.

In the United Arab Emirates, its National Press Club has recently highlighted the role of media in fighting childhood obesity in their country. Its Ministry of Health and the UNICEF were in concerted effort to educate the public by conducting seminars for them.

Through this medium, they enlightened their attendees on the various aspect of health hazards that can give and the psychological impact of obesity that can bring to children. They made a point of convincing a conceptual myth, that chubbiness on children is an indicator of good health.

The seminar also help, in sensitizing the public as to the cause of childhood obesity. As it developed, the UAE government started regulating TV ads targeting children and broadening the scope of regulatory mechanism on junk food and food chains which was previously directed only to tobacco and alcohol.

In the US, childhood obesity is also a major problem, the First Lady herself, Michelle Obama, is spearheading a campaign to eradicate it. The Senate Committee of Health, Education, Labor and Pensions heard testimony about the prevalence of obesity among the America’s youth that needs government immediate action.

The National Association of Social Workers (NASW), recognizes childhood obesity as a major public health concern, with significant implications of future health care cost. Obese children are being diagnosed with health problems considered to be an adult illness.

It’s a gargantuan task to solve the menacing problem of childhood obesity, however, the responsibility do not lie only with the government and media alone but the parents of these children as well. It is highly suggested that the important role lest parents can do, is to stop purchasing junk food products and accordingly stop patronizing food chains catering unhealthy foods to their children. 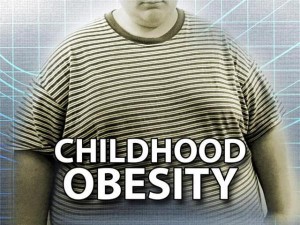