Following to the accident at Japan’s Fukushima nuclear plant caused by the recent earthquake, China in her own has suspended temporarily the approval for new nuclear power stations.

It has also to carry out checks at existing reactors and those under construction.
China is currently building 27 new reactors equivalent to about 40 percent of the total number being built around the world.

The decision to temporarily stop approval for nuclear plants came at a meeting of China’s State Council, or Cabinet, chaired by Premier Wen Jiabao.

China needs to review the nuclear safety aspect of their projects, that they would not come close to the nuclear accident in Japan.

“We will temporarily suspend approval for nuclear power projects, including those that have already begun preliminary work, before nuclear safety regulations are approved,” read a statement from the State Council.

“Safety is our top priority in developing nuclear power plants.” China’s medium and long-term nuclear plans would be “adjusted and improved”.

If there can be a nuclear accident in China, it can be worst than what had happened in Japan because many of the new plants are near to densely populated areas.

China currently gets only about 2 percent of its electricity from nuclear power from 13 reactors, but it has launched an ambitious project to drastically increase those figures.

It is currently building more reactors than any other country in the world.
According to the World Nuclear Association, China wants to build a total of 110 nuclear reactors over the next few years.

This is part of a plan to develop other energy sources – such as wind and solar power – to reduce the country’s dependence on coal, which currently supplies about three-quarters of its energy needs. 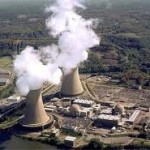