China has previously been one of the fastest-growing economies in recent years.

Latest government figures, however, show that the world’s second largest economy, after the United States grew at its slowest pace in more than two years.

The statistics bureau data showed that growth for the full year was 9.2 percent, down from 10.4 percent in 2010.

Analysts said they expect the economy to slow further this year. Stimulus measures implemented by the government have created the risk of asset bubbles developing and China is looking at ways of gently slowing growth to what it sees as more sustainable levels.

The measures have included a curb on lending to prevent overheating in the property and investment markets, and tightened monetary supply.

Data showed that real estate investment in China rose 27.9 percent in 2011, down from an annual growth rate of 29.9 percent between January and November, the National Bureau of Statistics said.

“Looking at the rest of 2012, you are going to see an even sharper slowdown in the first quarter because of the effect of monetary tightening,” said Arjuna Mahendran, chief Asia strategist at HSBC Private Bank.

It is not just domestic factors influencing growth but slowing exports to Europe and the fear of property bubbles have hindered growth.

Another reason for the slide is weakening demand of exports from Europe and the US.
Data showed output from factories and workshops in the country rose 13.9 percent for all of 2011, which is a slower pace than in 2010.

Chinese authorities have been trying to boost levels of domestic consumption to reduce the country’s reliance on exports.

Some analysts are now calling for China to alter its growth strategy towards more sustainable levels, even if it is slower. 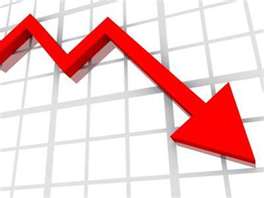