World no.1 Novak Djokovic has shown, there was little evidence of rustiness on his side.

The Serb obviously has fully recovered from injury. He defeated Paolo Lorenzi of Italy in a lopsided victory 6-2, 6-0, 6-0 in the opening round at Australian Open.

‘It’s great to be back here in Melbourne where I have the nicest memories of my tennis experience,’ Djokovic said.

Lorenzi tested the top seed as best he could, but Djokovic was certainly up for the challenge.

‘Physically I think I’m stronger, I’m improving things by small margins. It’s something that gives me a lot of confidence,’ said Djokovic.

A lengthy and powerful duel in the opening game of the second set left the crowd anticipating a baseline battle for dominance, and while Djokovic was stretched, it was never too far as he swept through the set 6-0, winning it with a perfect forehand down the line. 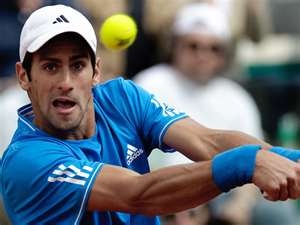