There is an outbreak of chlamydia among koala species in Australia, and they can pass the disease on to humans through direct contact.

Chlamydia is a bacterium that infects a wide range of animals, including birds, sheep, cattle, horses, pigs, cats, mice and humans. It is considered to be the main pathogen of koalas.

Chlamydia causes chronic infections in koalas. The infections occur in the urogenital and the respiratory tract and it can cause infertility, blindness and ultimately death.

It is not certain how koalas have come to be infected with chlamydia. Whatever the case, most populations of koalas carry antibodies for the disease, indicating some level of exposure and it gets spread through sexual contact and when mother nurture their young.

Researchers were investigating the sudden decrease in koala numbers around different cities around Australia, after spotting a population drop of 45 per cent in the cities, and 15 percent in natural countryside.

There was a drop of about 15 percent in the fertility rates of koalas as observed by researchers and they were attributable to chlamydial infection. To maintain their numbers koalas need a fertility rate of about 35 percent.

The researchers had also found chlamydia was running rampant across the population, it was spread by matching, fighting, birth and in waste products.

And the infection can spread to humans based on animal physical contact by wanting to hug the creatures, and the creatures not being too fussy about when and where they urinate.
Once a human being is infected the effects of the disease include severe conjunctivitis, incontinence and kidney damage.

There are about 43,000 koalas left in Australia, according to the Australian Koala Foundation putting them on danger list as numbers in the wild plunge to fewer than 80,000. 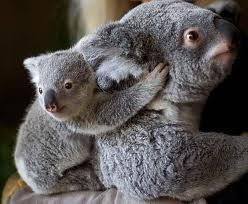