The choice of Shane Mosley over the rest of the contenders for Manny Pacquiao’s next opponent is well expected and it doesn’t come to us as a surprise.

The decision of the pick, only shows that in professional boxing it is not only the belt that matters but the sound business acumen that comes along with it. And it is the bout that can be the most profitable is of top priority.

With this event of Pacquiao and Mosley, it would just be fitting that the bout that can generate more money on the gates and Pay Per View (PPV) would govern.

Though many fans have been disappointed that a Pacquiao-Marquez pit up didn’t make it this time, they should look forward positively and better be lucky next time that the fight would happen in some other time.

The failure can be attributable to both Golden Boy Promotions (GBP), Marquez’s promoter and Marquez himself who mishandled the opportunity and were not keen enough to consider, that it is Marquez who needs Pacquiao more than Pacquiao needs him.

Pacquiao has nothing more to prove to the boxing world in dealing with Marquez because he has dominated him in their two previous encounters.

The first encounter should have been a win in Pacquiao’s favor if it not one of the 3 judges who honestly admitted later that he erred in his first round scoring in the score cards (supposedly a 6-4 instead of a 7-3), and obviously it should not have been a draw.

Marquez, in his quest for a third encounter to play the Pacquiao lottery, he misbehaved himself and bungled the situation by overpricing the purse as if one way of short saying that he wants the Paquiao lotto at his price.

Eventually of course, that would be a turn off to the Pacquiao camp especially Bob Arum, the astute businessman of Top Rank, which is Pacquiao’s promoter.

This writer believes that a mirrored contractual terms and conditions for Marquez in his last engagement with Mayweather at the welterweight be applied in his future clash with Pacquiao, would just be fair enough.

However, it is not yet the end of the tunnel for Marquez according to Arum, if he really wanted to play the Pacquiao sweepstakes.

Arum has counter suggested that Marquez should handle first Andre Berto, if he is sincere enough in making the bout with Pacquiao to happen, Arum anxiously wanted to see if how Marquez would fare in coping Berto at the welterweight before he can be given a crack with Pacquiao. 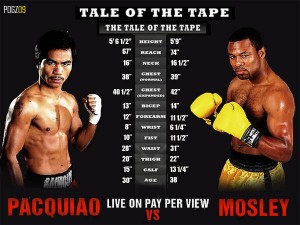