Federal regulators like the Environmental Protection Agency (EPA) have long insisted that the genetically altered crops pose no harm to the environment.

But critics say they haven’t been sufficiently tested, and they have pointed to the gene altered corn as a leading example of the possible hazards posed by crop biotechnology.

The crop that is genetically modified through a bacterium gene that is inserted into the plant to produce a toxin that kills pests.

Corn and other crops that have been genetically engineered to kill insects pose little to Monarch butterflies or any other animals according to a study by the EPA.

The study also affirmed the US government’s long held position that the crops they’ve approved for human consumption are safe to eat.

A Cornell University study found the pollen was toxic to Monarchs in the laboratory. The butterfly feeds on milkweeds, which often grows in and around cornfields in the Midwest.

Although pollen from bio-tech corn can kill Monarch butterflies, there is probably little risk to them around cornfields, based on the latest research, the study said.

Some scientists believe the corn may even turn out to be beneficial to the butterflies because farmers are using less chemical pesticides, EPA said.

The EPA has not approved the variety of gene altered corn for food use because of questions about whether it would cause an allergic reaction.

In the study, the EPA would closely monitor further research on the impact of the corn on Monarch butterflies.

The risk to butterflies ranges from ‘low’ to ‘very little’ depending on whether they are feeding inside or around the perimeter of corn field, the study said, adding that the corn itself shows relatively low toxicity to the insect.

EPA also considered the impact of the crop on lady bugs, rodents and other animals. Environmental groups say that the government should have required more research to be done before it approved the crops. 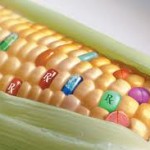 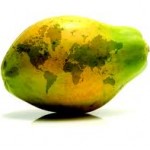